5 FAQ's About Travel in the Arctic

If sultry heat is not your style, set your travel compass to the North. The Far North.

The Arctic is one of the most remote and life-changing travel destinations – and it's accessible to adventurous travelers year round and especially during the relatively 'warmer' summer months.

Here are 5 questions everyone asks about taking a trip to the Arctic:

How Far North is the 'Arctic'?

The Arctic Circle is the northern-most of the 5 circles of latitude circling the earth. The 25,000-mile Equator is the one around the widest part of the Earth at the middle. Up near the top of the planet, by comparison, at 66°33′47.2″ north of the Equator, the Arctic Circle is only 10-thousand miles around.

The Arctic Circle passes through 8 Northern countries: Greenland (Denmark), Canada, the US (in Alaska), Russia, Finland, Sweden, Norway, and an island off the coast of Iceland. Although definitions vary, travel roughly anywhere above the 'tree line' – where the terrain and the cold climate prevent trees from growing – could be considered a trip to the Arctic.

Unlike the opposite polar region, the Antarctic, which is a vast island continent, much of the 4% of the Earth's surface above the Arctic Circle is ocean. So many trips to the Arctic involve travel by sea. 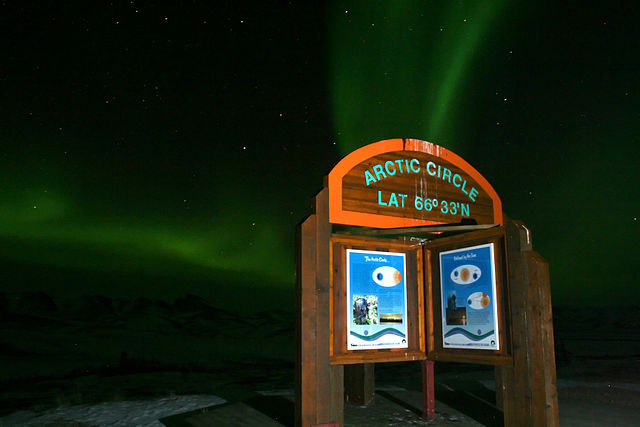 Will I See The Northern Lights?

This magical natural phenomenon is one of the top reasons people travel to the northern hemisphere's polar regions. But you'll have to dress for cold weather. The Aurora Borealis are only visible nights from September til April.

And only when atmospheric conditions are right. Moving charged particles in solar winds interact with the Earth's magnetosphere, emitting different colors of light that seem to 'dance'. The most common colors are greens and yellows, but other colors are possible in different conditions.

The best places to experience the Northern Lights include Canada's Yukon, Nunavut and the Northwest Territories, Alaska, southern Greenland and Iceland, northern Norway, and off the coast of Siberia. The farther north and away from the 'light pollution' of towns and cities, the better the viewing.

Is There Really A 'Midnight Sun'?

Summer has its own uniquely polar atmospheric event. Because the Earth tilts on its axis, in the Arctic at the very top, during the Summer Solstice in June, the sun is visible for a full 24 hours, even at midnight. And the days on either side of the Summer Solstice are very long, indeed. 20-24 hour days are a surreal experience – as are mid-winter days of endless darkness on the flip side of the annual calendar. 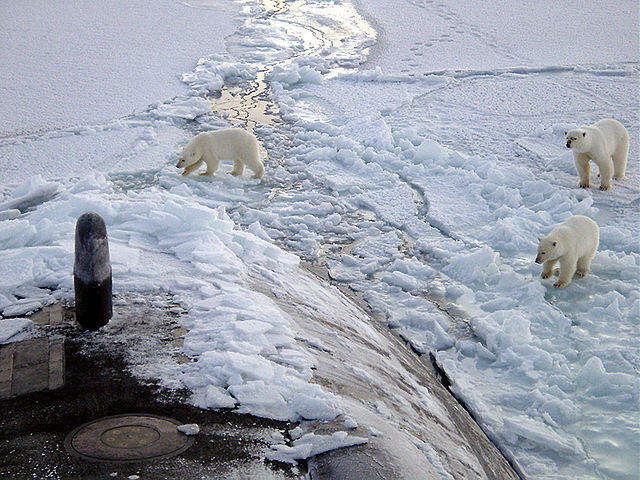 What Wildlife Can I See?

The word 'Arctic' comes from Greek meaning 'Bear' and 'northern'. It actually is referring to constellations of stars, but there's no doubt the poster child creature of the Arctic is the magnificent polar bear.

Canada's Churchill, Manitoba is the polar bear capital of the world, the ultimate destination for any traveler intent on seeing polar bears. Guided tours in the safety of specialized vehicles can bring you unbelievably close to the largest polar land mammal and fierce predator, one whose survival is threatened by shrinking sea ice due to climate change.

Travelers to Arctic seas hope to cross beluga whales, orca and narwhals, seals and walrus off their spotting lists.

And on land, polar bears share the tundra with musk ox, Arctic fox, wolves, caribou and Arctic hare, and in the skies, snowy owls and other species highly adapted to a severe environment.

Plant life in the Arctic is less notable for being spectacular than for being astoundingly hardy; the tiniest flowers you wouldn't notice underfoot at home are breathtaking in such a stark environment.

What About Human History in the Arctic?

While the Arctic is famous for its 'Big Nature', you may be surprised that about 4 million people also live above the Arctic Circle in the 8 Arctic countries. Indigenous people have lived in this harsh climate for thousands of years, and being able to visit one of their villages and experience first-hand their traditions and lifestyle is a highlight of any trip to the Arctic. 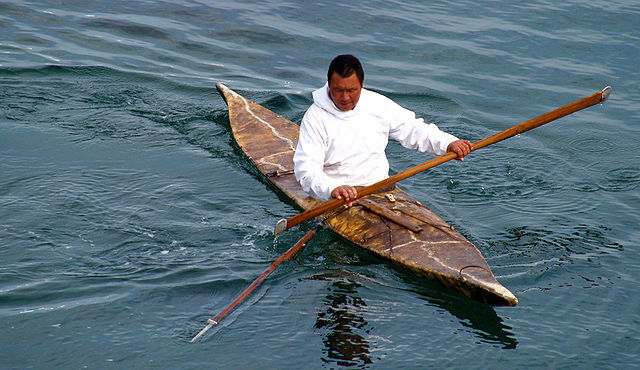 Also don't miss the historic sites associated with tragic attempts to locate a maritime Northwest Passage as well as the famous Klondike Gold Rush sites in Alaska and Canada's Yukon.

There are many ways to explore one of the world's last remaining wilderness frontiers. Let us help you plan an Arctic journey of a lifetime.

Copyright BestTrip.TV/Influence Entertainment Group Inc or Rights Holder. All rights reserved. You are welcome to share this material from this page, but it may not be published, broadcast, rewritten or redistributed.

Where do you want to go?